On Tuesday 25th June we publish Unlocking a better life, by Will Tanner and Nick Tyrone. The report sets out how prisons should, in order to tackle the UK’s stubbornly high reoffending rates, be transformed from a places of idleness and boredom, into institutions of education, training and work.

The report argues that the prison system should be shaken up to put education and employment at the heart of efforts to curb Britain’s stubbornly high reoffending rates.

At present, Britain’s justice system does little to prepare prisoners for a life away from crime on release, contributing to nearly half of prisoners committing a crime within a year of release figures which have barely moved in a decade. Despite evidence that having a steady job cuts average reoffending risk by up to 38% in some studies, the report finds that:

The proportion of prisons with a positive purposeful activity rating has fallen 30% since 2012, to just 43% in 2018, despite repeated promises from ministers to deliver a “rehabilitation revolution”.

Prisoners are not asked about skills or previous employment history on reception to system and have to fight to be put on relevant courses.

The report draws on extensive analysis and field research, including visits to prisons in the UK and Norway. At the latter, prisoners are under a requirement to do full-time training, education and industry as default – and twice as many prisoners are in sustained employment on release.  To improve the availability of training and jobs for prisoners, Onward argues that leading employers and businesses should be more involved with the justice system, coordinated by the New Futures Network, a new government body established last year.

1. Redesign the prisoner journey to track offenders from reception through education and into employment

2. Every prisoner, irrespective of their sentence, should be legally required to be in education, training or work, every weekday, for at least eight hours

We recommend that the Government introduces a new legal obligation for every prisoner, irrespective of the length of their sentence or nature of their crime, to either be in education, training or prison industry, for a 40 hour week.

Prisoners’ ability to apply for conditional release, parole or enhanced privileges should be contingent on having a good record of compliance with this expectation.

3. The role of prison officers and governors should be reorientated towards helping prisoners gain skills with an explicit duty to support employment and training

The Ministry of Justice should introduce mandatory English and maths proficiency for all prison officers, as well as HMPPS reviewing the training requirement for prison officers to train them to a higher level of literacy and numeracy and invest in training for officers around employment support and job-readiness.

4. Ministers should reform Resettlement Day Release licenses under ROTL to increase their use and enhance support for prisoners on release

At the same time, the Government should consider changes to ROTL to allow prisoners to build up more of a financial buffer ahead of release.

5. Every prison should create an Employment Council made up of local employers, charities and the local enterprise partnership

We recommend the New Futures Network works with every prison in England and Wales to establish an Employment Council, made up of 6–8 local employers, charity leaders and representatives from the LEP or combined authority. The purpose would be similar to that of community governors on a School Governing Body: to provide external challenge to the prison specifically around the issue of training and employment, as well as create links into the local community to provide training and jobs to support both within and outside the prison walls.

6. Use the reforms to Community Rehabilitation Companies to deliver sustained employment support for prison leavers in the community

In May, the Ministry of Justice announced that the contracts with Community Rehabilitation Companies would be ended early and supervision of offenders in the community would be undertaken by the National Probation Service, working with private or voluntary partners to deliver rehabilitation services.

Under the new arrangement, the new public sector service should be mandated to work with the prisons in their region to prepare each offender for release and effectively manage them into the community. It should be expected under the new regime that every prisoner has formal identification, a working bank account and identified accommodation in place three months before their designated release date.

7. The Government should deliver on the manifesto commitment to give employers a national insurance tax break to employers who hire ex-offenders

There is a substantial portion of employers who would find such a scheme attractive – 35% placed the policy among the top three policies that would encourage them to hire ex-offenders, and far more employers (a third) would consider hiring an ex-offender than currently do. This should give confidence that the cost would be outweighed by an increase in ex-offender employment, which in turn would generate employment tax revenue

8. The Government should introduce a ‘Prisoner Apprenticeship’ to allow employers to use their Apprenticeship Levy to train prisoners in prison and on temporary release

The introduction of the Apprenticeship Levy offers a further opportunity to encourage employers to consider prisoners as a source of labour.

Ministers have rightly sought to improve the process to allay employers’ concerns, including by allowing firms to share up to 25% of their levy with other businesses in their supply chain. However the levy remains extremely inflexible with regard to those in prison, given serving prisoners cannot technically be classed as employees and therefore do not qualify for levy funds.

We recommend that legislation is changed to create a “Prisoner Apprenticeship” in which prisoners are classed as temporary employees for the purposes of the Apprenticeship Levy and firms encouraged to use funds, including any unspent levy funds, towards taking on prisoner apprenticeships. The apprenticeship framework includes provision for both classroom education and in-work training, both of which are possible inside prison or through an amended ROTL framework.

9. Ministers should launch a national campaign to encourage private companies to become involved in prisoner education, training and employment

We recommend that the Government creates a Second Chances scheme, similar to the Investors in People accreditation that has supported best practice in people management since its establishment in 1991. Working with the New Futures Network and HMPPS, this scheme would work with employers to remove barriers to working in prisons, and recognise employers that contribute towards ex-offender employment through education, employment and training.

The report has received support from a host of MPs, peers and organisations who support the employment of offenders. 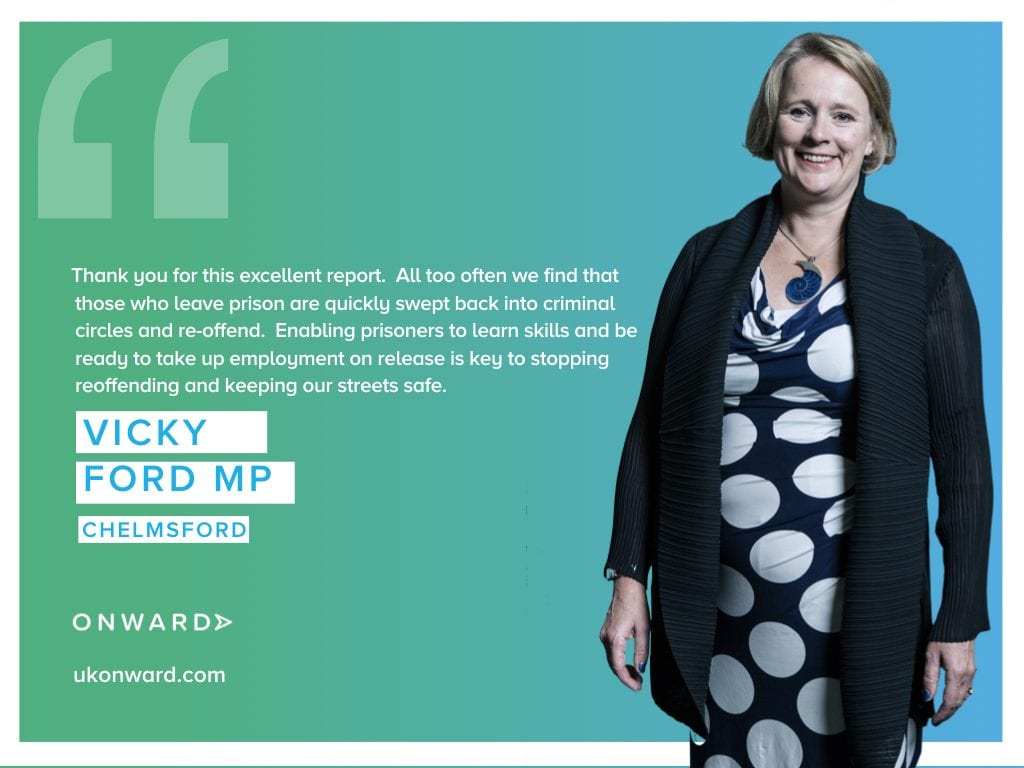 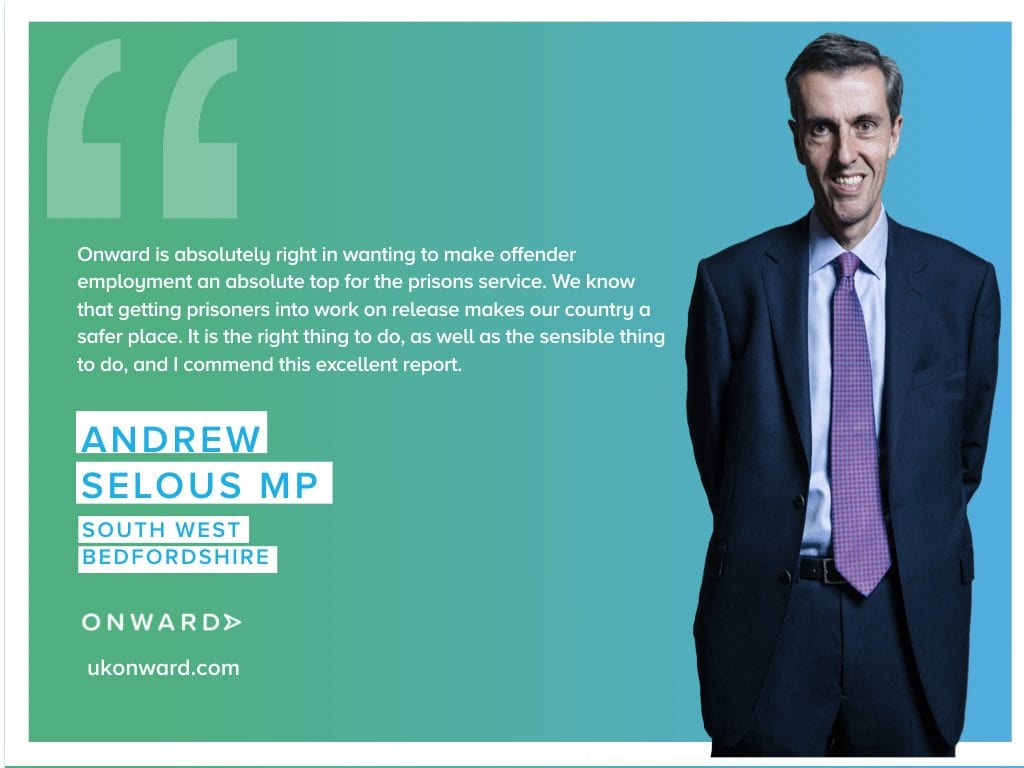 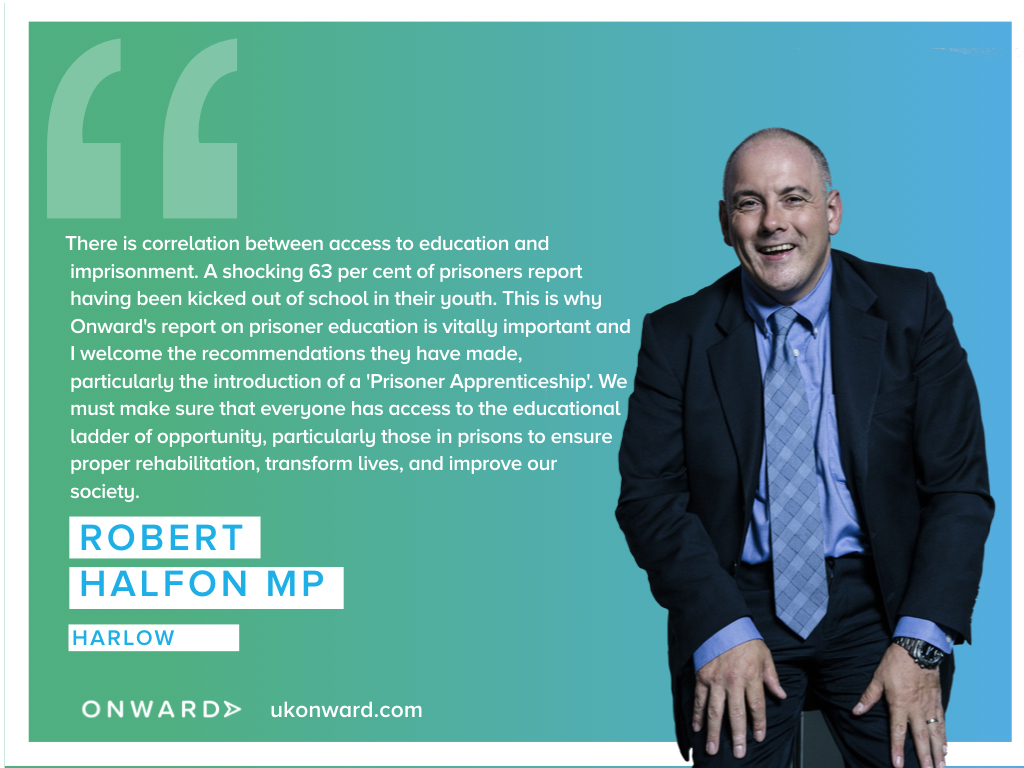 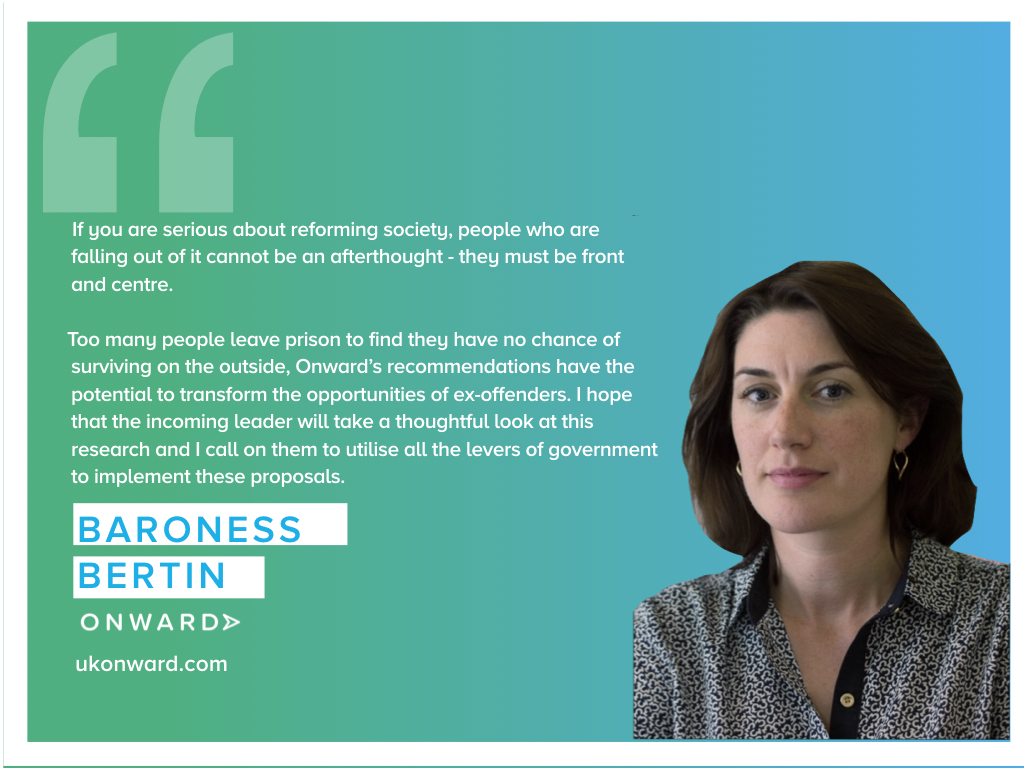 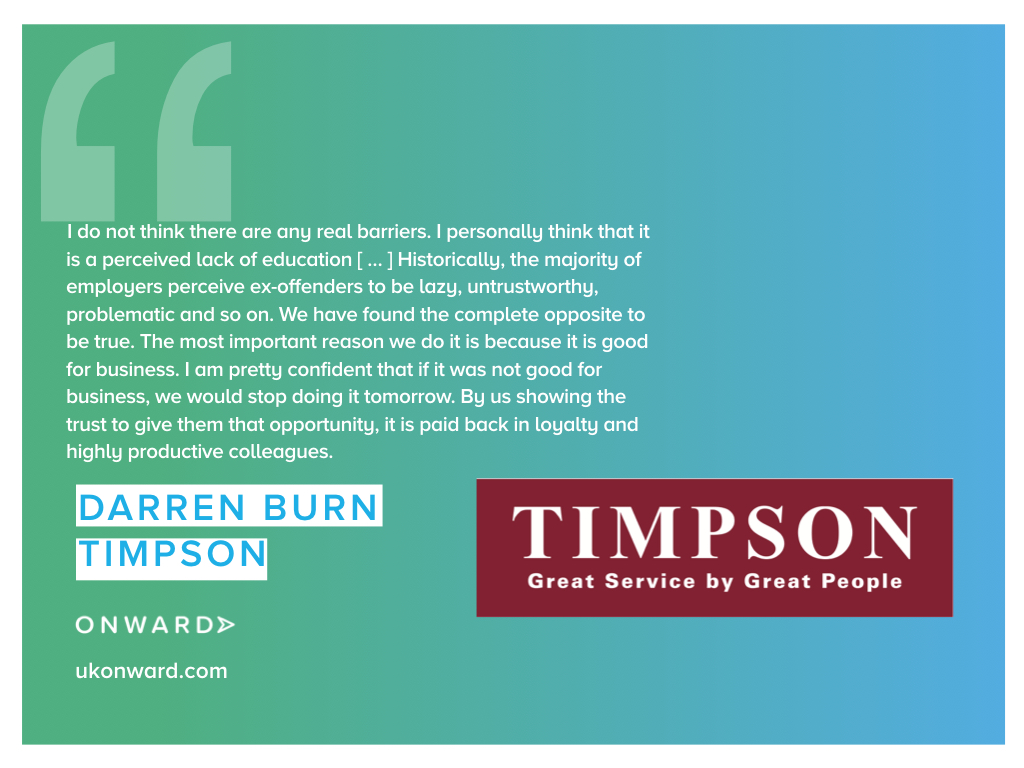 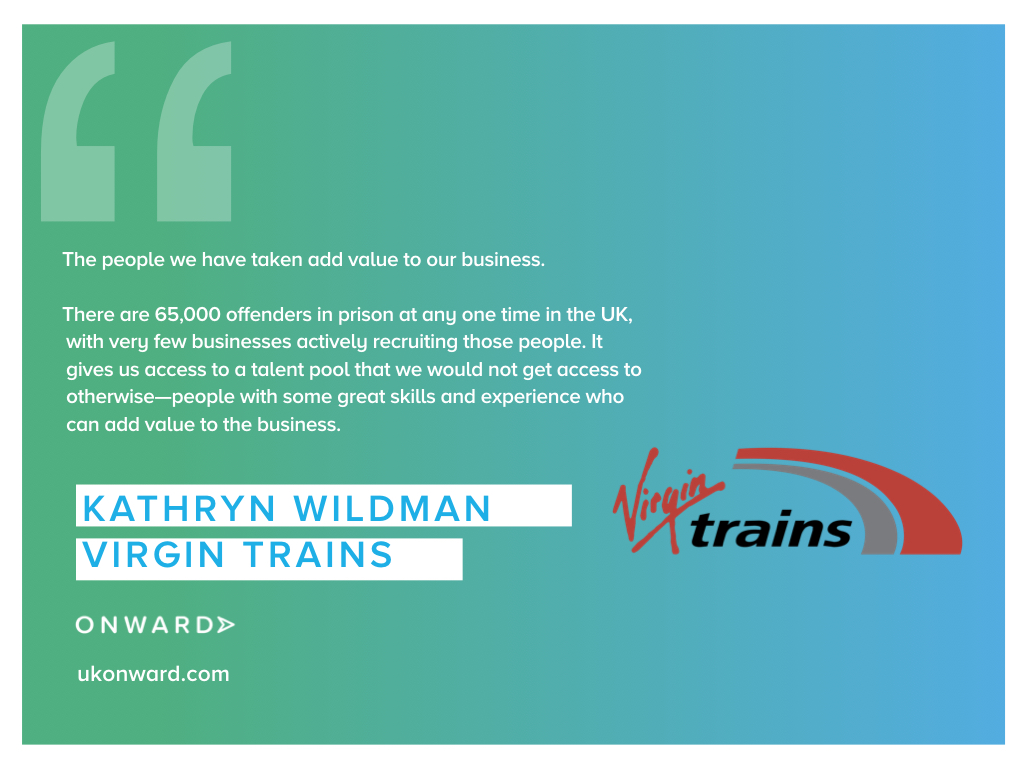 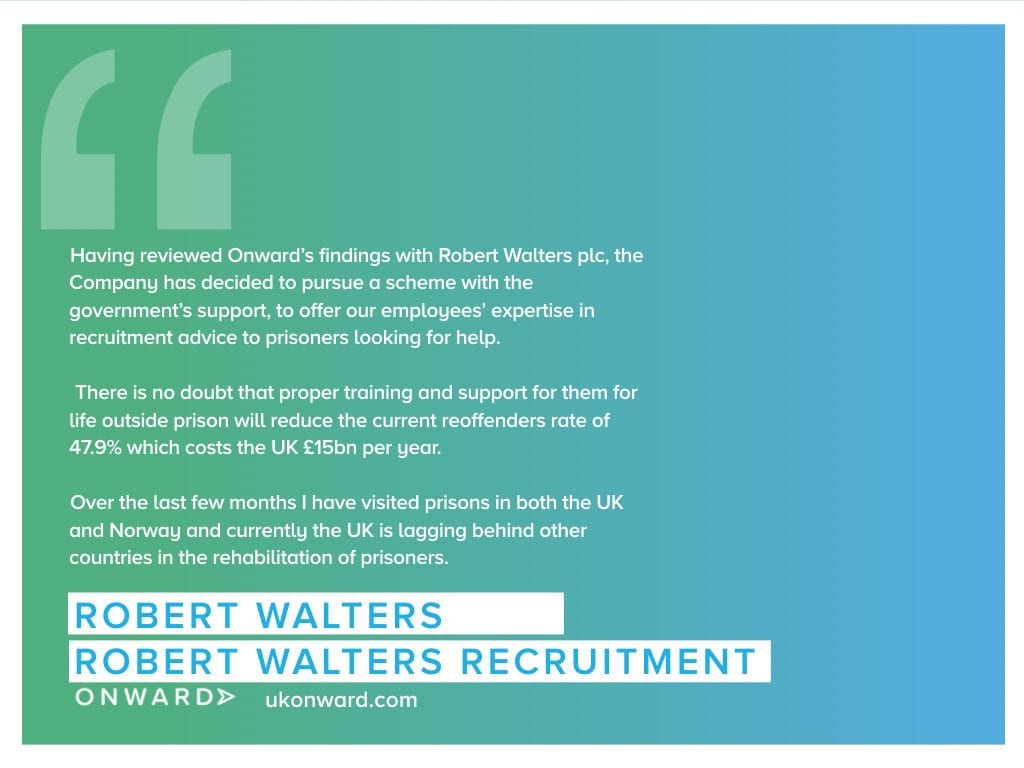 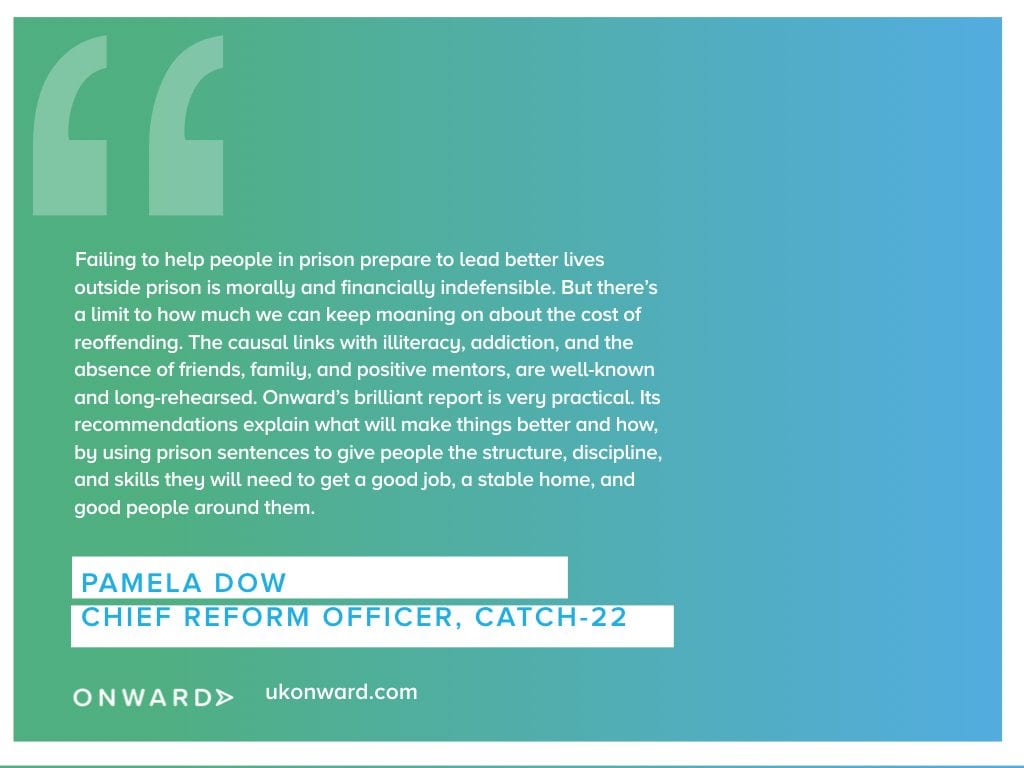 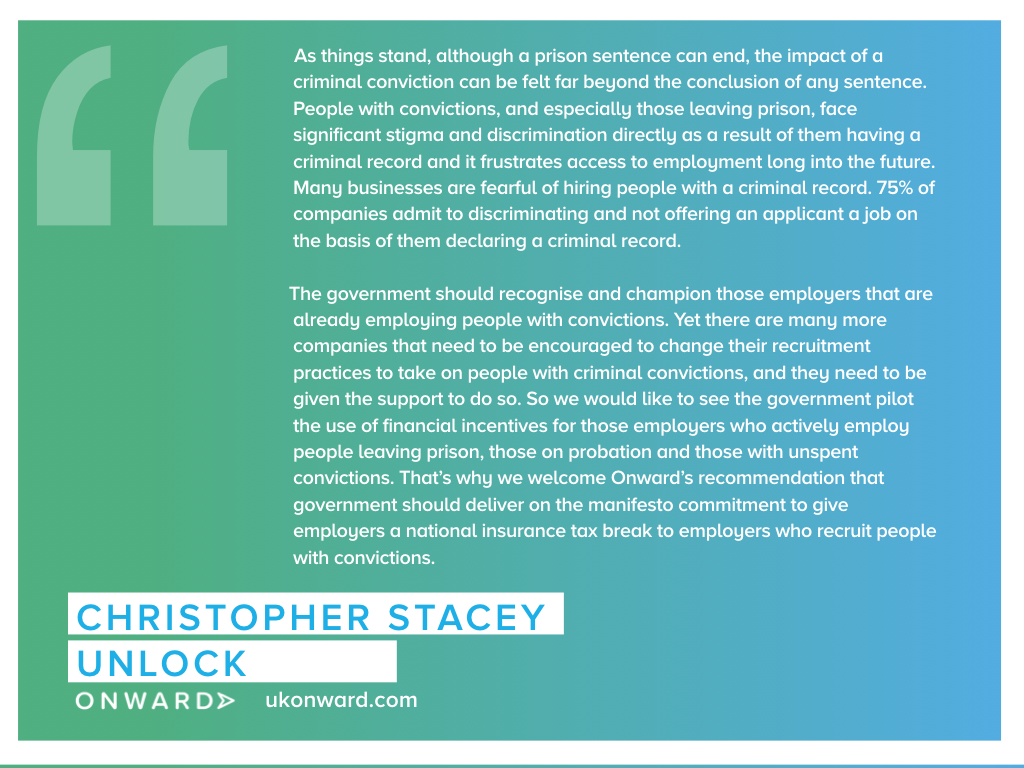